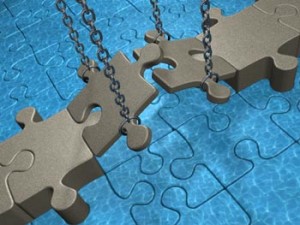 There was a time when most people spent their entire working lives with one company, picking up a gold watch at their retirement party before heading off into the sunset. “Job-hopping” was frowned upon as a sign of instability and lack of commitment.

Fast-forward to today, where the idea of a traditional career path has changed radically. According to the Bureau of Labor Statistics, people born in the last wave of the Baby Boom held an average of 11.3 jobs between the ages of 18 and 46.

Career paths are also not as linear as they used to be. Many people have periods of unemployment in their history. It may be voluntary, such as time off to care for children or go to school, or it may be due to layoffs or downsizing, particularly during economic instability such as the past few years.

Do you have a gap in your resume and you’re worried it will work against you? The good news is that it’s not the kiss of death it might have been at one time. Treating that period as another factor in your personal and professional growth will work in your favor.

There are ways to minimize the time gap in your work history. You can list employment periods by years instead of months or dates. But covering it up or, even worse, lying about it solves nothing. If your new employer finds out the truth later on through another source, it creates a situation that will be far worse to handle.

How you deal with the gap will set the tone for how others perceive it. If you’re embarrassed about it and come off as apologetic, it comes across that you have something to hide. Giving the gap undue attention in a clumsy attempt to be up-front about it will result in the same message.

Don’t turn the gap into the elephant in the room that is painfully obvious yet not spoken about. Treat it the same as any other part of your history. Be straightforward, but don’t dwell on it. Have confidence in your overall abilities and what you have to offer an employer, which is ultimately the main consideration.

Treat your gap activities as a job

You don’t have to draw a paycheck to make your time worthwhile. Even if you took time off for a personal reason such as raising children or caring for a relative, you developed skills and abilities that make you more valuable in the business world. Make that your focus rather than concentrating on the activity itself.

Were you at home with your children? You’re a whiz at multi-tasking and managing others. Did you participate in volunteer work? You’re a creative self-starter who excels at networking. Look carefully at the elements of your activities rather than the “title” and you’ll find a number of positive traits to emphasize.

Looking for a job IS a job

Unfortunately, getting laid off is no longer a rarity. Even during times of economic prosperity, the corporate landscape is extremely fluid. Mergers and acquisitions that strengthen companies in the long run often put people out of work in the short term.

Prospective employers understand this. They may even have been victims of a layoff themselves. Explain what happened at your previous company and let them know what you did in the interim. Emphasize activities that continued your professional growth, such as taking classes from the business career college or joining industry organizations.

One additional note: don’t be afraid of explaining a job that was a lateral or even downward move. Hiring managers understand that you have to make a living and that sometimes includes accepting a temporary position. Most of them will appreciate your responsibility and drive.

We live in a different world today. There is no one hard-and-fast path to career development. Treat the gap in your resume as another step in the road to success and others will see it the same way.

Today’s guest post was written by the good people at the Academy of Learning College. Visit their website for more information.